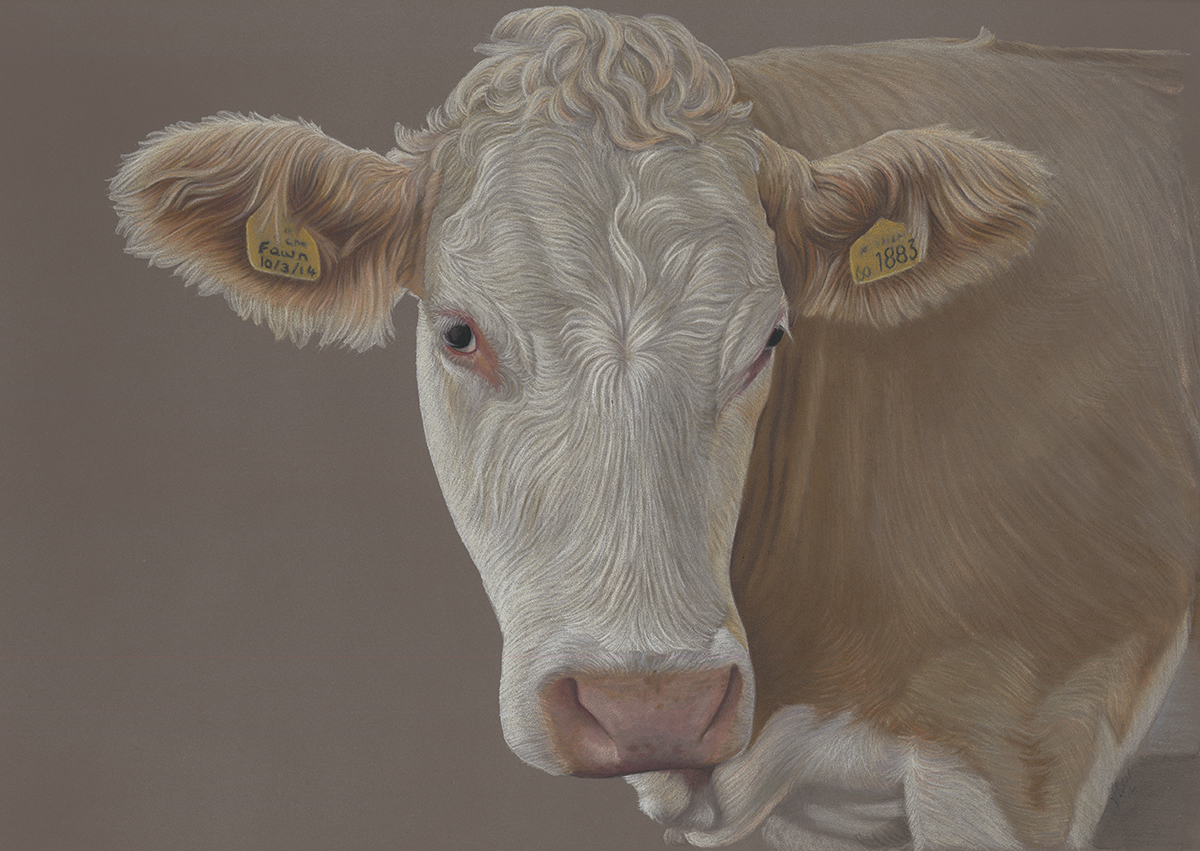 A pet portrait with a difference. Favourite heifer Fawn was a surprise Christmas portrait commission and my first foray into cows and cattle, but such fun to draw and I suspect I’ll be revisiting this theme in the coming months.

Fawn is a red and white Simmental. The Simmental is among the oldest and most widely distributed of all breeds of cattle in the world. The first herd book was established in the Swiss Canton of Berne in 1806, although there is evidence of large, productive red and white cattle found much earlier in western Switzerland.

Ranging in colour from pale gold to dark red these cattle are highly sought after for their rapid development, outstanding production of milk, butter, and cheese; and for their use as draught animals.

Once the foundation was dry enough to work over the depth and definition was built up using Faber Castell Polychromos along with Caran D’Ache Luminance and Pablo artist pencils.

“I received my drawing this morning. It looks even more stunning in the flesh! I really cannot thank you enough. It’s absolutely perfect!! You have captured her personality in the drawing and I know he is going to love it!! Thank you so so much”